Owning several computers comes with its own pros and cons. But it is a big pain to install updates on all the computers. To add to your problems, what if i tell you that you had to download the same update on each computer separately, thus biting into your bandwidth and data allowance for the month? Not a pretty sight, right? Well, if you own several Mac computers and are facing the same situation of having to download and install updates on each of them separately, you have come to the right place. This article here is a guide for you to download the Mac OS updates just once and apply them to multiple computers. So just follow these steps and you will be done in no time.

Knowing how heavy the Mac OS X update weighs ( 5 GB for those of you who don’t know ), it wouldn’t be a good idea to download it separately on all of your computers. Instead, download it on one computer. As soon as the update is downloaded, your Mac will apply the new update and restart to upgrade to the updated OS. Now when you try and look for the downloaded update after your device restarts, it is nowhere to be found. That is because Mac deletes the downloaded update after applying it to your device.

Useful Resource: How To Delete The Windows.Old Folder Step-By-Step Guide.

In order to get this file, you’ll have to abort the installation before it is completed and head to the Applications folder on your Mac where you will find the downloaded installer file. Copy this file to some other folder and then again start the installation. After your device restarts and is upgraded, you can use this copied file to install the update on other devices too.

For minor updates that don’t amount to several GBs of size, you don’t have to follow the above mentioned tutorial. We say so because Apple releases smaller updates in the form of .dmg files that you can simply download and install on multiple computers. You can also choose to download only the most recent updates or all the updates since the last major update.

In case of any apps that you are downloading from the App Store and want to install on multiple computers, download the app once and install it on one of your devices. You will now need to find out the location or the folder to which the installer file for the app has been downloaded and saved. To do this, open the terminal on the computer where the app has been installed from the App Store and run the following command:

Now open the App Store again and you will now start seeing a Debug menu. In the Debug menu, click on the “Show Download Folder” option which will take you to the folder where all the installer files are saved in the .pkg format. You can then copy these files to other devices via a USB storage device or Airdrop.

Resource: How To Extend Your WiFi Network With A Power Line Adapter.

We hope this tutorial proved helpful to you. Leave any queries in the comments below and stay tuned for more updates. 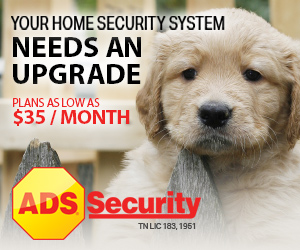 What You Think of This Image!